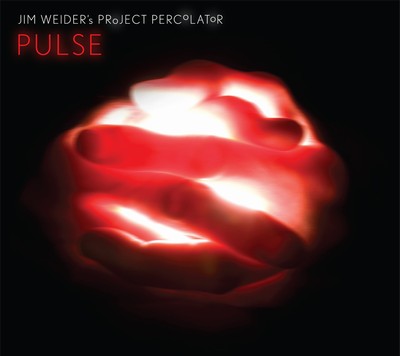 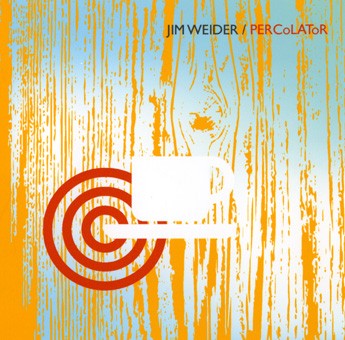 Jim lists each effect that he uses on each track, including his King of Tone overdrive.

To Hear Sound Samples please click on the cover ! Thanks

Autographed (if requested) CD's and DVDs are also available by mail:

In late 2003, this video was released in DVD. You can order it from buyanalogman.com along with CDs, strings, accessories, and of course pedals.

They have also released DVDs of Rockabilly 1 and 2 videos, with Levon Helm and Rick Danko. And one more, the Basic licks and classic solos for blue's guitar (which we also stock!) also features many vintage guitars and amps. 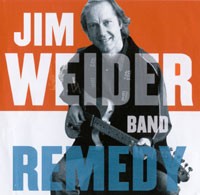 The CD REMEDY is now available on MOON HAW records!

Here are some samples from Metal Jam:

On the song Twister you can hear the TS-808 Tube Screamer used on the Tele.

The new CD was available about 6/02, see jimweider.com for more info and more sound samples. 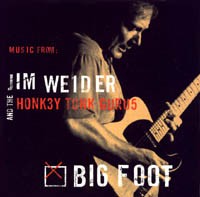 This is Jim's first Album , a blues roots rock based CD, among the rave reviews it won VINTAGE GUITAR magazine album of the year upon its release! The record features members of "THE BAND" including Rick Danko & Garth Hudson, Randy Ciarlante and Richard Bell. Also Peter Gabriel bassist Tony Levin & David Sancious, Harvey Brooks and more! Every song tells what Amp & Guitar Jim used to record with!

Here are some more pictures that you may enjoy.

Here are Jim and Mike checking out some pedals at Analog Man. Jim had fun playing some of the cool old fuzzes like the Roland Bee Baa!

Here is another shot. Jim is playing his old refinished '53 Tele.

This picture was taken when we were building Jim's first SUN FACE, in the red FUZZFACE shell. We went through about 20 transistors to find the perfect pair. This is Jim's favorite Tele, from 1952.

Here is Jim playing at BB Kings in 1/02 on my Birthday. Looks like the '54 Tele. Mighty nice of him to set up this show for me!

This is Jim's favorite tube screamer. On the left is the original TS-808 shell which Rick Danko stepped on and broke. That TS-808 has been all around the world with Jim. Jim put the TS808 guts into a TS9 shell to make the 1st TS9/808!!!

Here is another shot of them. Jim still uses his old TS-808 in the TS9 box for some shows, for others he uses a reissue TS9 that we have modified to TS808 specs. Since we came out with the King Of Tone, Jim's old tube screamers have been gathering dust.

Hittin' The Web (Allman Brothers site mostly) did an excellent interview with Jim, Check it out!

Here is Tone Quest Magazine from December, 2002 with Jim on the cover. There is a great article about Jim and also one on the Analog Man Sunface. Read the interview it in PDF format!

Here are some pictures and a little info on their shows at the Foxwoods Casino and Newport, RI.

Mountain Jam was held at Hunter Mountain in New York, here are some pictures I took.

Jim's Project Percolator played at Levon Helm's studio for a great show on 11/12/05. Here are some pictures.

Here is an excellent interview article with Jim from modernguitars.com online guitar magazine.

Project Percolator played in Natick Mass in March 2006 Here are some pictures.